Since the EFTA congress in Budapest in 2001, the following persons have been awarded : 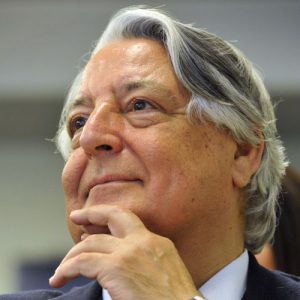 Mony Elkaïm passed away on November 20, in Brussels, after a long battle with illness.

To all those who knew him, Mony leaves the memory of a man with exceptional charisma, of a brilliant theorist, of an extraordinary therapist with unique intelligence and intuitions. He was a pioneer of family therapy, which he helped introduce in Europe.

After training in neuropsychiatry at the Université Libre de Bruxelles (ULB, Brussels) and a stay in the United States, upon returning to Belgium he created in 1979 in Brussels the Institute of Family and Human Systems Studies with which he organized the first major international family therapy congresses in Europe in 1981, 1983, 1986 and 1989, to which were invited the American and European pioneers of family therapy as well as representatives of antipsychiatry (whose network he had coordinated in the 1970s). These congresses served as models for those subsequently organized by EFTA. After coordinating (with Maurizio Andolfi) the European network of family therapists, he was at the origin of the foundation of EFTA which he chaired for many years until. After the subdivision of EFTA in 3 chambers, he became chair of the chamber of Training Institutes (EFTA-Tic). Mony was always concerned with defending the status of European family therapists.

In 1979, he also created the first French-speaking family therapy journal – the “Cahiers critiques de thérapie familiale et de pratique de réseaux” – which published both translations of the American texts of the pioneers in our field and articles testifying to the development of these practices in European countries.

Mony Elkaïm was an outstanding, internationally recognized trainer in systemic family therapy, stimulating the deployment of the sensitivity and skills of the many therapists he trained and supervised around the world. 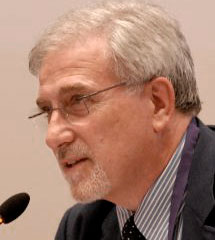 We have lost one of the leading lights of our field, his enthusiasm, creativity, humour and passion for systemic family therapy and his commitment to our profession and its development has made a lasting impact on EFTA.

Most of all we have lost a dear friend, colleague and mentor.

« I fall asleep in the full and certain hope
That my slumber shall not be broken;
And that, though I be all-forgetting,
Yet shall I not be all-forgotten,
But continue that life in the thoughts and deeds
of those I have loved. »
Samuel Butler 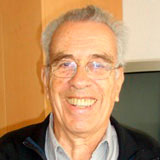 Eric has been a member of EFTA for many years. After being a member of the Board and Treasurer General in 2007, he received an Award for his outstanding contribution to the development of EFTA, and specifically for his work in the EFTA NFTO Chamber. In 2013 he became Vice President of the Chamber of Individual Members EFTA CIM, and it was not until February 2018, just over 90 years, that he demonstrated, despite his desire to maintain his valuable role of experienced counselor, the need to stop.

His presence, his dynamism, his strength and his courage, and especially his expression, always smiling, will be deeply missed. 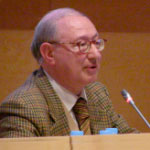 Luigi Onnis, Founding Member and Honorary President of EFTA, died on 24th December 2015 in Rome. With him, we have lost not only an important figure for our association but also a truly admired person.

After actively supporting the anti-psychiatry movement in Europe, his research was rooted in his clinical practice with psychosomatic families. His theoretical and practical work on sculptures of family time, developed in his many books, articles, training activities and conferences, marks the field of family therapy. Having been active in the European Family Therapy Network that gave birth to EFTA, he followed enthusiastically his conviction that family therapy is due to gain an accurate place in the health policies of Europe. Following this principle, he gave considerable time and energy in contributing to create clear and demanding training standards – for the sake of both, clients and therapists.

His leading role in the field of family therapy was recognized all over Europe and his tireless activity, combined with his radiant personality, aroused the admiration and feelings of friendship in all who knew him. He stays in our hearts and will always be a part of our conjoint memories.

We dedicate the first volume of the EFTA Book Series to Luigi Onnis with all our respect. 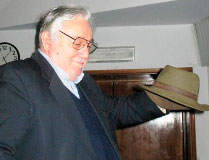 He was the co-founder, with Gianfranco Cecchin, of the Milan Center of Family Therapy and a great master for thousand of systemic therapists all around the World.

We are sure that there is no better way to honour his memory than keeping open the conversation around the wellbeing of human systems. 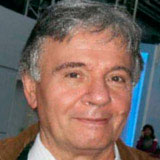 Pier Giuseppe Defilippi, an integral member of the EFTA-CIM Board and its secretary (2010-2013), passed away quietly on the first day of 2013.

Pier Giuseppe, “Pippo” has passed away. We were all astonished by his sudden death. All those who knew him will remenber this discrete and gracious man, anxious to be at your disposal, always listening, often with a sense of humor. All these, qualities along with his competence, made him a very professional worker, appreciated, engaged with the families he treated, happy to teach his students what was close to him more in heart: respect based on authentic ethics of responsibility. It is up to us to keep in memory all that he brought us.

Family Therapy – the Road that connects individual and social resources

Bringing Forth Generativities Within Relational Disquiet

Building Bridges in times of uncertainty: The role of qualitative research in mental health and well-being

Looking through the kaleidoscope: “a European mosaic-MFT crossing boarders”

This website uses cookies to improve your experience while you navigate through the website. Out of these, the cookies that are categorized as necessary are stored on your browser as they are essential for the working of basic functionalities of the website. We also use third-party cookies that help us analyze and understand how you use this website. These cookies will be stored in your browser only with your consent. You also have the option to opt-out of these cookies. But opting out of some of these cookies may affect your browsing experience.
Necessary Always Enabled
Necessary cookies are absolutely essential for the website to function properly. These cookies ensure basic functionalities and security features of the website, anonymously.
Functional
Functional cookies help to perform certain functionalities like sharing the content of the website on social media platforms, collect feedbacks, and other third-party features.
Performance
Performance cookies are used to understand and analyze the key performance indexes of the website which helps in delivering a better user experience for the visitors.
Analytics
Analytical cookies are used to understand how visitors interact with the website. These cookies help provide information on metrics the number of visitors, bounce rate, traffic source, etc.
Advertisement
Advertisement cookies are used to provide visitors with relevant ads and marketing campaigns. These cookies track visitors across websites and collect information to provide customized ads.
Others
Other uncategorized cookies are those that are being analyzed and have not been classified into a category as yet.
SAVE & ACCEPT