After a long battle with illness 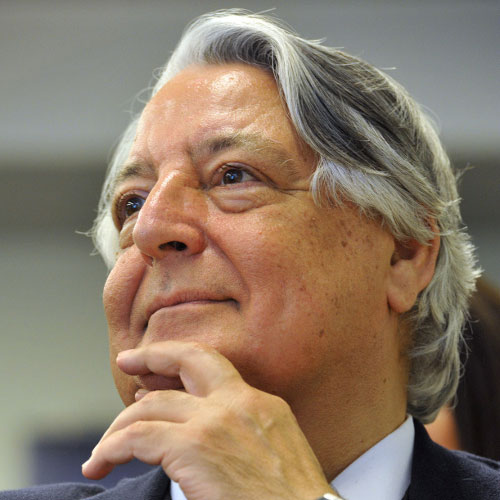 It is with deep sadness that I have to announce the untimely death of Mony Elkaïm, who passed away this Friday, November 20, in Brussels, after a long battle with illness.

To all those who knew him, Mony leaves the memory of a man with exceptional charisma, of a brilliant theorist, of an extraordinary therapist with unique intelligence and intuitions. He was a pioneer of family therapy, which he helped introduce in Europe.

After training in neuropsychiatry at the Université Libre de Bruxelles (ULB, Brussels) and a stay in the United States, upon returning to Belgium he created in 1979 in Brussels the Institute of Family and Human Systems Studies with which he organized the first major international family therapy congresses in Europe in 1981, 1983, 1986 and 1989, to which were invited the American and European pioneers of family therapy as well as representatives of antipsychiatry (whose network he had coordinated in the 1970s). These congresses served as models for those subsequently organized by EFTA. After coordinating (with Maurizio Andolfi) the European network of family therapists, he was at the origin of the foundation of EFTA which he chaired for many years until. After the subdivision of EFTA in 3 chambers, he became chair of the chamber of Training Institutes (EFTA-Tic). Mony was always concerned with defending the status of European family therapists.

In 1979, he also created the first French-speaking family therapy journal – the “Cahiers critiques de thérapie familiale et de pratique de réseaux” – which published both translations of the American texts of the pioneers in our field and articles testifying to the development of these practices in European countries.

Mony Elkaïm was an outstanding, internationally recognized trainer in systemic family therapy, stimulating the deployment of the sensitivity and skills of the many therapists he trained and supervised around the world.

You can send your messages of sympathy to this address:

Family Therapy – the Road that connects individual and social resources

Bringing Forth Generativities Within Relational Disquiet

Building Bridges in times of uncertainty: The role of qualitative research in mental health and well-being

Looking through the kaleidoscope: “a European mosaic-MFT crossing boarders”

This website uses cookies to improve your experience while you navigate through the website. Out of these, the cookies that are categorized as necessary are stored on your browser as they are essential for the working of basic functionalities of the website. We also use third-party cookies that help us analyze and understand how you use this website. These cookies will be stored in your browser only with your consent. You also have the option to opt-out of these cookies. But opting out of some of these cookies may affect your browsing experience.
Necessary Always Enabled
Necessary cookies are absolutely essential for the website to function properly. These cookies ensure basic functionalities and security features of the website, anonymously.
Functional
Functional cookies help to perform certain functionalities like sharing the content of the website on social media platforms, collect feedbacks, and other third-party features.
Performance
Performance cookies are used to understand and analyze the key performance indexes of the website which helps in delivering a better user experience for the visitors.
Analytics
Analytical cookies are used to understand how visitors interact with the website. These cookies help provide information on metrics the number of visitors, bounce rate, traffic source, etc.
Advertisement
Advertisement cookies are used to provide visitors with relevant ads and marketing campaigns. These cookies track visitors across websites and collect information to provide customized ads.
Others
Other uncategorized cookies are those that are being analyzed and have not been classified into a category as yet.
SAVE & ACCEPT